The concern of some Liverpool fans is that the addition of another playmaker (Sadio Mane) is to embellish a squad which may lose Philippe Coutinho this summer.

But, although there has been regular speculation, we think that the Brazilian can be persuaded to stay at Anfield and be part of the exciting project that Jurgen Klopp is building at Liverpool.

Assuming that he does stay at Anfield Liverpool already have a very tasty looking side for next seaon.

Our main concern was not in attack, where Liverpool have some fantastic, nimble-footed options, but the back five which hardly engendered trust.

Simon Mignolet is a decent stopper and no more. A top team needs a top keeper and Liverpool will hope they have one in new signing Loris Karius.

And Joel Matip has plugged another problem area in the heart of the defence. But with Sakho banned and Toure and Skrtel off we expect further investment at centre back.

But up top things look very exciting. If Christian Benteke leaves the club as expected this summer Klopp will probably add another top number 9.

But we feel that Divock Origi should be given time to show what he can do this year. He ticks all the boxes to become a top striker and with Daniel Sturridge looking fit again, firepower shouldn’t be a problem.

We think that a 4-2-3-1 with Sturridge up top and Coutinho, Firmino and Mane supporting should start the season, with Origi getting regular minutes to continue his development.

We believe that Liverpool should spend more on the defence as a priority but, if they hold on to Coutinho, they will have as good a front line as any team in the league.

Here’s our best Liverpool XI as things stand. What do you think? 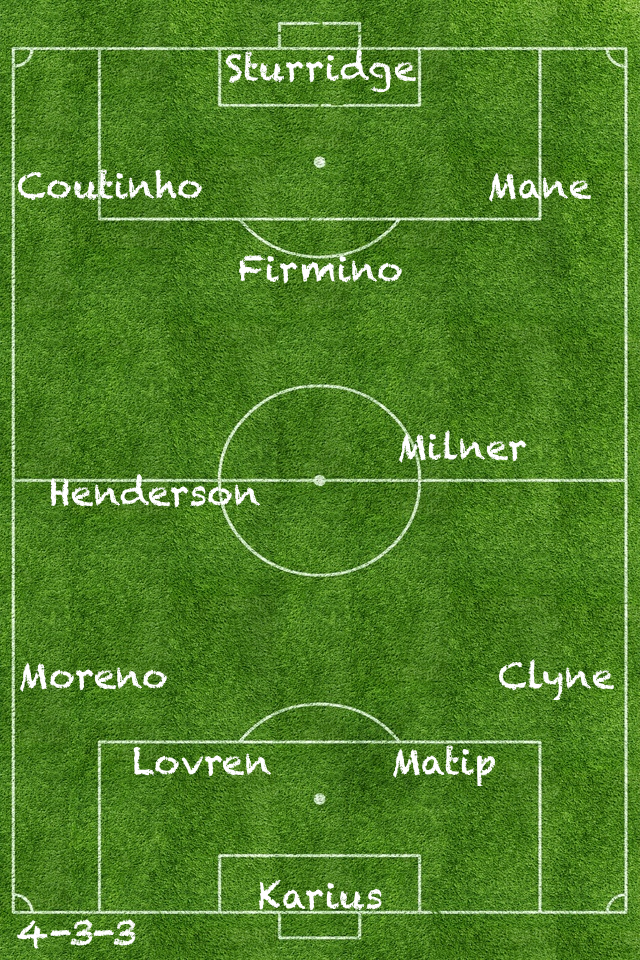