What a difference a couple of months makes!

Manchester United haven’t even kicked a ball in anger since the confusing Louis van Gaal left the club, with a defiant gait.

But the appointment of Jose Mourinho seems to have bought some certainty back to the club.

For one, we think that The Portuguese will consign the surprise home defeats to the rubbish bin.

And he has signed players who have obvious positions in the team rather than a bunch of highly expensive utility players.

There will be a raft of departures over the coming weeks but the emphasis at this point appears to be on getting Paul Pogba to the club as the fourth and final major summer singing.

And all this before August! It’s not what Manchester United fans have come to expect over the last few years with failed moves for Fabregas, Neymar and the debacle over the likes of Fellaini and Herrera.

So how will the chips fall into place? Well, it’s much easier to predict a Mourinho line up even though the team hasn’t played a competitive game in the league under The Portuguese.

For us the only positions open to question are at centre back and in midfield.

If Pogba signs we expect him to play with Michael Carrick to begin with. Other partners will be used through the season but these two should start together with Carrick bringing continuity and Pogba spark.

POGBA ON BRINK OF MANCHESTER UNITED MOVE ACCORDING TO REPORT

We think that Mourinho will play with Jones and Smalling in the centre of defence with Eric Bailly starting right. Luke Shaw will play on the left now fit again.

So here is our line up and we are quite confident about it. Manchester Untied supporters – a tittle winning eleven? 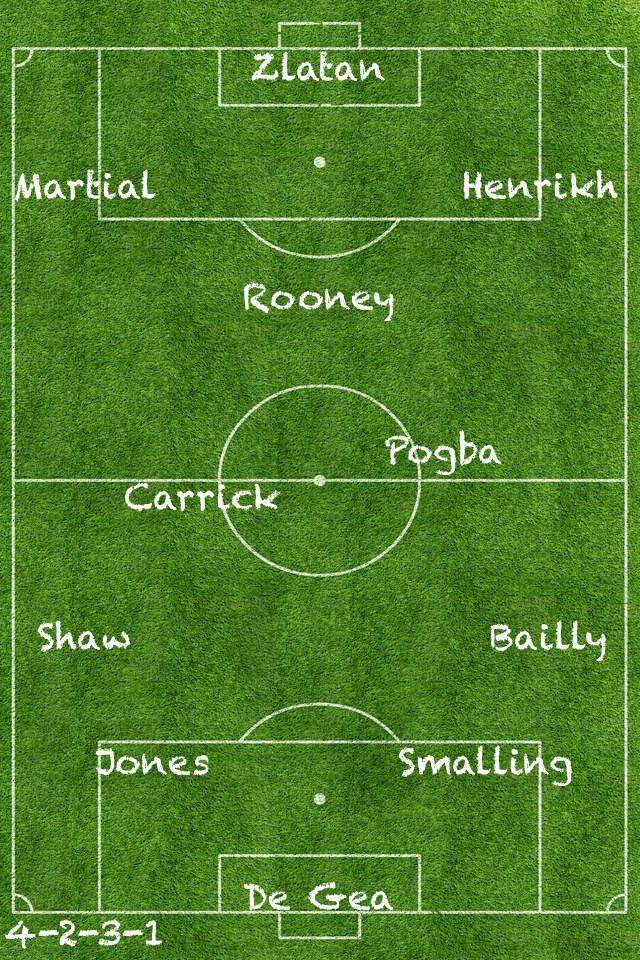