To TFF Tottenham looked very much like the side of old against Manchester United. They had some decent spells of possession but never seriously threatened to overturn United’s lead in the big game of the weekend.

Something is missing from the side which looked so ruthless at times last season.

But what better way to put this defeat behind them than to face Hull at home this midweek?

It’s the front end of a ferocious Christmas fixture list and Tottenham need to start putting points on the board if they want a route back to The Champions League without having to win The Europa League.

Sissoko did get some minutes in the United game and the hope is that he can start to justify the huge price tag in the months ahead, after a brutally disappointing start to his Spurs career.

For now Tottenham should line up in a very similar way to how they started at Old Trafford on Sunday.

Only Janssen and Lamela are currently crocked and The Argentine could be back in the squad for this one. Although he may not yet be fit enough to start games again, he would be a wonderful option from the bench in the unlikely event of Hull still being in the game with 20 minutes to go.

So here is our Tottenham XI to dismantle Hull. Spurs fans: should Sissoko be starting? 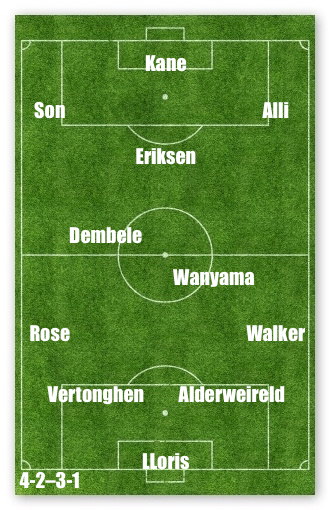