TFF wrote a few weeks back about how promising Vincent Janssen looked and how he may prove to be more than a simple understudy to Harry Kane.

Because, while he provides much needed cover at number 9, he does look as if he may force his way into the side.

When he came on at Everton at the weekend Tottenham looked far more dangerous and his arrival brought about the equaliser. He was unlucky not to get a debut goal too.

So perhaps we can expect to more of a 4-4-2 employed at times this season – particularly against lesser teams at home.

In Moussa Dembele’s absence Victor Wanyama was steady and strong – he too looks like an excellent purchase.

So Tottenham face Crystal Palace next in what serves as a reminder that there are less and less easy games in The Premier League. But Spurs will want to win this one in order to keep pace with the big boys who all recorded wins at the weekend – save for Arsenal.

Hugo Loris went off injured with a muscle pull and Michel Vorm – a another good purchase last year – is set to continue between the sticks.

So will Janssen start this one? It could be a good game to try the 4-4-2. But Spurs need points at this stage so perhaps we should expect a very similar line up and Janssen coming off the bench again as he contiuens to assimilate to the demands of The Premier League.

We expect a hard fought Tottenham victory. Spurs fans: is this the best XI? 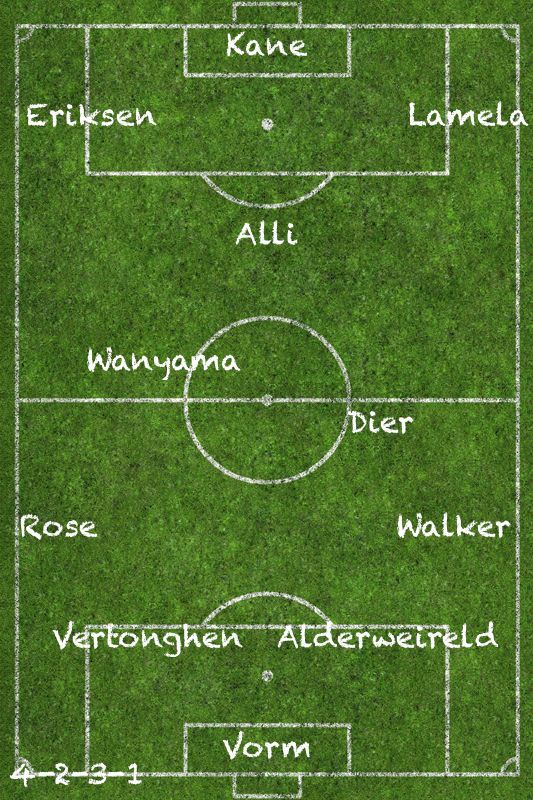