It’s either a case of managers seeing things that we laymen don’t or a case of them over-complicating what one Liverpool legend once called ‘a simple game, complicated by idiots’

But it seems patently obvious to TFF that Liverpool’s achilles heel this season will continue to be their defence.

With big hope Karius injured, Liverpool must continue with the hapless Mignolet in goal. Which begs the question why didn’t Jurgen Klopp take Joe Hart on loan for the season? Hart may have had a few wobbles but he’s still a solid stopper who is very familiar with the big stage.

And in defence the same problems exist. Liverpool apparently decided that they wanted their best defender, the admittedly wayward Sakho, to go out on loan. He hasn’t made the move and this could be key to the campaign. If Sakho can knuckle down he should get back into the team.

Alberto Moreno is the antithesis of a safe pair of hands in defence and Nathaniel Clyne looks dodgy at times too.

In the middle Klavan and Matip are yet to prove themselves and Lovren hasn’t exactly excelled since he joined the club.

But perhaps none of that really matters.

Football is, after all, about scoring goals. And Liverpool look absolutely dripping with them.

TFF often argues that the front 3 is all-important. Real Madrid are a great example. They seldom have a great defence but that doesn’t really matter because they score so many.

And Liverpool could be similar in style when they click. The current front three is truly frightening with Coutinho, Firmino and Mane all offering constant menace.

In the supporting cast you have the likes of Sturridge, Origi, Ings, Lallana and Wijnaldum, who all have great attacking qualities.

So it’s a lopsided Liverpool but one with all the emphasis on attacking. It should be another rollercoaster season for the Anfield outfit.

Here is what TFF considers to be the best XI with all the transfer business now confirmed and the window closed. And we had to find a place for Sakho despite the current issues. Liverpool fans: is this your strongest side? 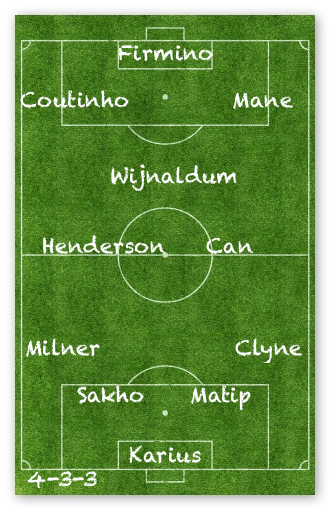