Some find it hard to understand why Jesse Lingard has played so many games for Manchester United this season.

One pundit recently described him as offering energy. But isn’t that the very least we should expect from any professional footballer?

In our opinion, Lingard is one of the less effective forward players that we have seen amongst The Premier League elite and until Manchester United get a quality replacement for the right flank, they aren’t going to progress very much or very quickly. Along with Fellaini, Lingard may come to represent the dark years post-Sir Alex – both decent players but not elite level players.

But with the last game of the season comes the faint prospect of Champions League football which is scarcely credible considering the form of the team over the last year. And we do expect Manchester City to rouse themselves for their trip to Swansea. Three points will guarantee City a top four place regardless of United’s result.

All Manchester United can do is to put out a strong team and maybe even seek the sort of convincing looking scoreline which we haven’t witnessed often under Louis van Gaal. Under the Dutchman, single goal victories have become the best-case scenario.

Everyone (except perhaps Ed Woodward) knows that Manchester United haven’t got it right with Van Gaal and another shake-up is needed. Manchester United fans want to start next season with Jose Mourinho at the helm because he can bring coherence, pace and power back to the squad and we also think that he is ready to create a long-term empire at Old Trafford.

Manchester United fans: what’s your favoured eleven for this one? 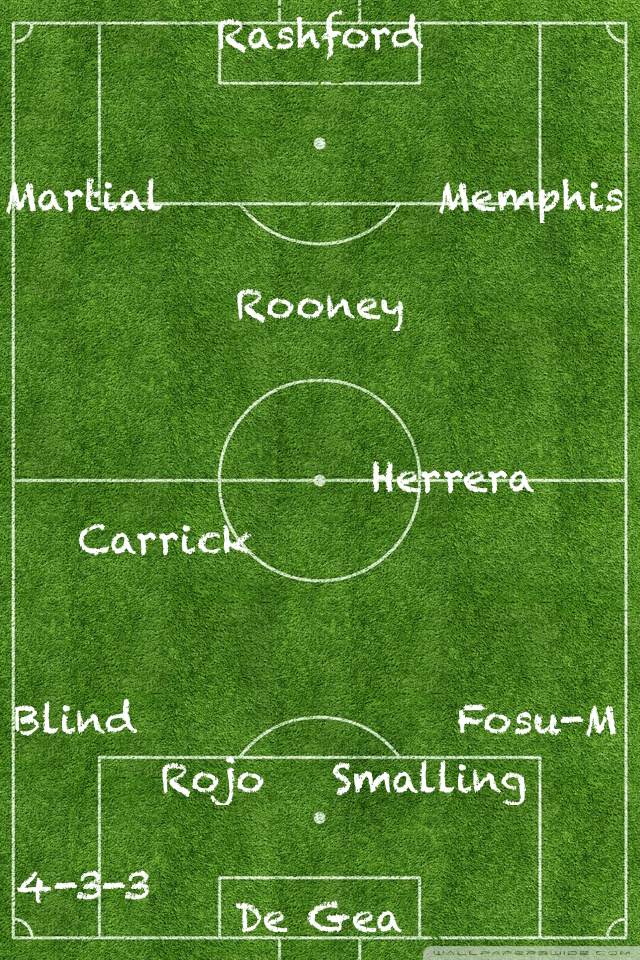