Jesse Lingard hey? What’s that all about? I mean you could pick a handful of League One players who would probably have more impact in a Manchester United shirt than the 23-year-old who keeps getting starts under Louis van Gaal.

We don’t profess to know more about the game than the Dutchman but we are clearly missing something with Lingard.

He’s supposed to be one of the three front men in United’s new 4-3-3 with Rooney in attacking midfield. And while Rashford and Martial regularly cause havoc, Lingard looks more like a mediocre right-back than a forward for one of the biggest clubs in the world. He looks busy and does a decent job until it comes to actually penetrating the opposition lines. At that point his game goes to bits.

He’s scored 5 goals this season and couldn’t be criticised for a lack of effort. But he must be one of the most inoffensive offensive players that The Premier League has ever witnessed. Manchester United desperately need to address the right side of their attack if they want to win the league again any time soon.

And Louis van Gaal seems full of resolve about keeping his job as if the last two seasons haven’t happened. Just to remind everyone of the status quo, Manchester United recorded a fourth placed finish last year and what is looking ever more likely to be a 5th placed finish this season, at best. Sir Alex’s United (who won the title by a mile in his last campaign) never finished lower than 3rd in the 20 seasons since The Premier League began and certainly never spent the sort of money that LvG has.

So Van Gaal has failed. Simple as.

And selecting Lingard and Fellaini are perfect examples of his bad decision-making. Even a coltish and fitful Memphis would offer far more moments of quality and attacking threat than Lingard if he was given more time to make his mark on the right flank. Instead the young Dutch forward must already be considering his future after being made a peripheral and confidence free figure in the world game under LvG.

So we would start Memphis against Norwich without a moment of hesitation. And we would also get rid of the disgraceful Fellaini if he isn’t already banned for his latest misdemeanour – perhaps the Belgian needs to be reminded that the game is called football and that your feet are supposed to be your primary weapons. He is the living, clumsy and artless embodiment of Manchester United in the post-Fergie years. 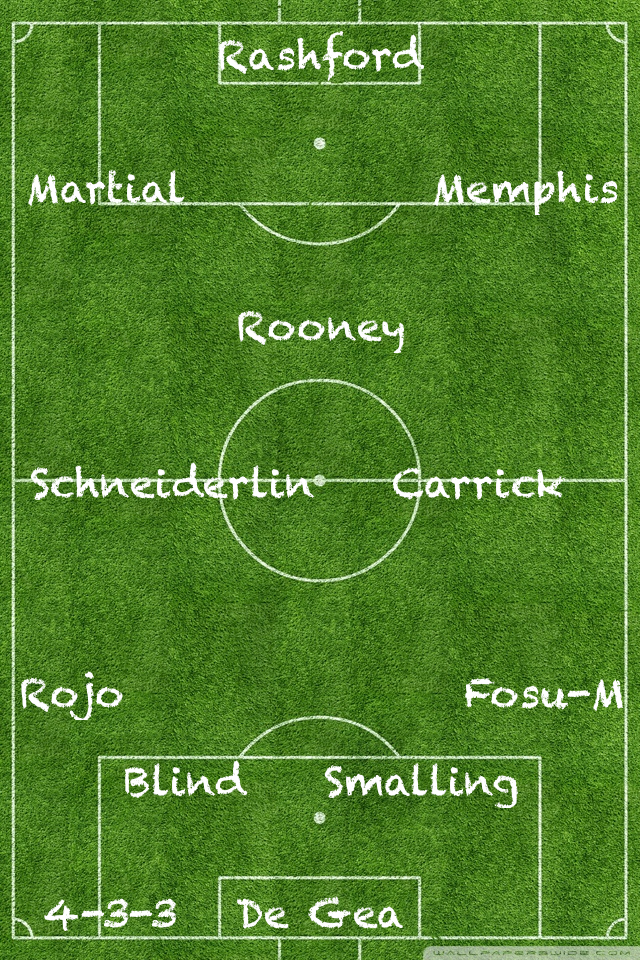