So the noises in the press are suggesting that Chelsea will look to bolster their front line further with the signing of Alvaro Morata from Real Madrid this summer.

On the potential signing of the Madrid player, Antonio Conte remained coy:

“We know our targets and the most important thing is that between me and the club there is a great synergy.

“We know our targets and for me this is the most important thing. Not important to speak outside but to keep the secret.”

If he does arrive neither he or new signing Michy Batshuayi will expect to be rotting on the bench for long periods.

This would suggest two up top, in a system that Antonio Conte is well known for using for club and country.

It may not be so fashionable in the modern game but it guarantees goals and if it is to work anywhere it would be in The Premier League.

They are both intelligent and pacy players who could dovetail and build a solid relationship over time.

And it would be very interesting to see a 4-4-2 with Hazard and Willian offering pace and penetration in bucket loads from the wide areas.

So here is our Chelsea 4-4-2 if Morata joins Batshuayi at the club. 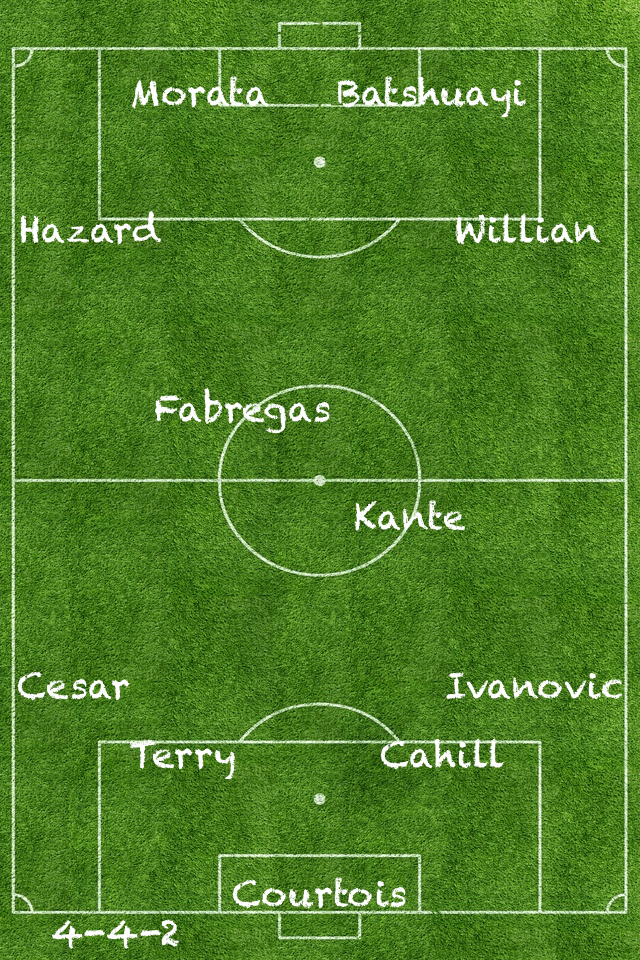