Jose hasn’t even officially taken the job of Manchester United manager yet but, already, the rumour mills have gone completely nuts about who will come in to bolster his squad this summer.

And the name on many a lip is that of Zlatan Ibrahimovic. The 34-year-old Swedish master is still a monster of an athlete and ESPN boldly claims on Monday that:

And The Telegraph states that: 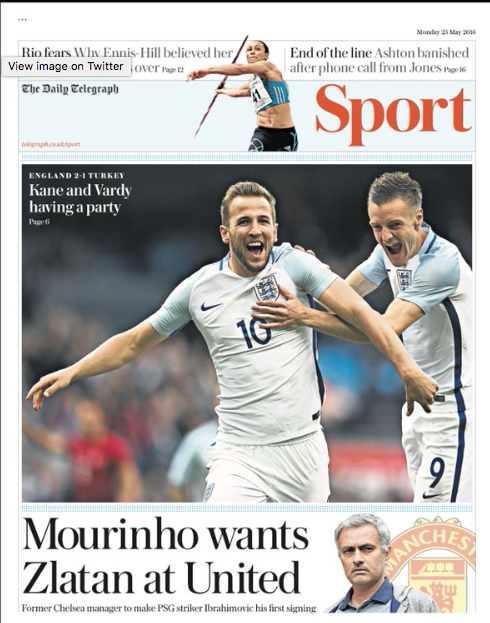 Jose has worked effectively with Zlatan in the past and the Swede recently stated that he knows where he will be playing next season.

“I know what I will do next year but I wouldn’t tell you,”

Even at 34 you sense that Zlatan could have a huge impact on The Premier League having just broken the French League goalscoring record for a season.

He’s physically imperious and, despite having no real pace, he could gobble up the service provided by the likes of Anthony Martial et al next season.

Many Manchester Untied fans will be eager to know what role the brilliant Marcus Rashford will play next season and if he would be marginalised under Jose. But, even if Rashford is regarded as the first choice number 9 next term Manchester United will need more depth up top if they are to mount a serious challenge for The Premier League and The Europa League, which seems to be increasing in profile and importance now that it offers route into The Champions League for the winners.