Liverpool are reported to be very keen to bring in a World Cup winner this summer and the good news for the Anfield faithful is that he is reportedly open to a move to work with Jurgen Klopp once more.

Liverpool are confident of completing the marquee signing of Mario Götze this summer with the World Cup winner understood to be keen on a reunion with Jürgen Klopp.

The man who hit the winner in Brazil 2014 has only played 12 times for Bayern Munich this season and is understood to want a move this summer despite the fact that a new manager, Carlo Ancelotti, is coming in.

Götze found fame under Klopp at Borussia Dortmund between 2009-2013 where he became a regular in the side and hit 31 goals in 116 games. But a big move to Munich came in 2013 to the chagrin of the Dortmund faithful.

Liverpool have good midfielders for the engine room, and some excellent options up top. But Goetze will perhaps provide the perfect link between the two departments for Liverpool, if he does come it.

And at just 23 years of age this would have to be regarded as a canny signing for now and the long-term.

‘…the attraction of working with Klopp for a second time has given Liverpool a significant advantage.’

Götze is an adaptable player who can also play comfortably out wide or further up the park. He has a fantastic record at international level with 49 caps and 16 goals. He’s also scored at a good rate at club level with 34 in 105 for Bayern Munich.

This is a youngster with vast experience and if Liverpool can beat the competition to his signature they will be improving their first team hugely.

With so many attacking options at the club already, perhaps Götze could expect to play in the hole like so: 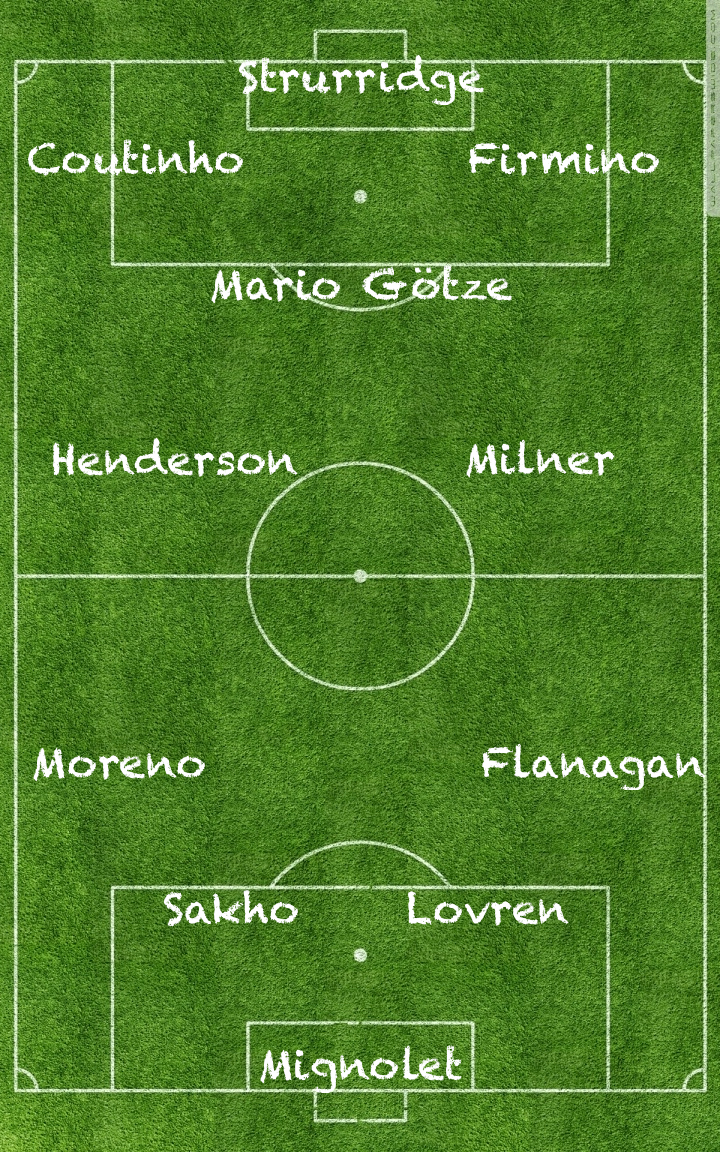 You can see some clips of him below.