This week’s speculation that Andros Townsend could join the club will leave many a Liverpool fan underwhelmed, if not actually banging their fists on the table in utter frustration.

On the other hand, few Liverpool fans would argue with the idea of signing the stupendous winger Lucas Moura this summer. You may remember that Alex Ferguson got within a whisker of signing the Brazilian in 2012 before PSG waded in to the argument with cash bursting out of every orifice.

Now 23 Moura has had four full seasons at PSG and while he hasn’t yet fulfilled all of the potential that had Europe abuzz with excitement a few years back, he’s been a steady and efficient first choice on the wing for the French champions over the last few years.

His stats for PSG read 26 goals in 167 games in the procession otherwise known as Ligue Un. He still has room for improvement but his natural ability is not in question.

He’s lightning quick and has a trick. But he doesn’t overplay, he works hard and has a football brain. So he would doubtless be a top addition for a Liverpool side which hasn’t enjoyed proper wing play since Raheem Sterling left the club. And even he loved to float inside and was regularly played at number 10 by Brendan Rodgers.

In short we have little doubt that Moura would be a really good Liverpool signing. He would likely play on the right and that could help others find their rightful positions in the team.

Benteke is surely leaving. Origi is a really good prospect. But Daniel Sturridge has proven his fitness at EURO 2016 and is the best bet for number 9, if Klopp plays a 4-2-3-1 to accommodate his best players. He regularly went 4-3-3 last season but we think that Firmino, Coutinho (if present), Sturridge and Moura would provide a wonderful attacking quartet and score loads of goals.

Thankfully for many, Mignolet now has proper competition between the sticks but, with Skrtel possibly off and Sakho possibly banned for a long-time, another central defender is surely required to complement new signing Joel Matip and Dejan Lovren.

But this looks like an exciting potential XI for Liverpool with Can, Lallana, Origi and Moreno on a strong bench.

Let’s have your thoughts. 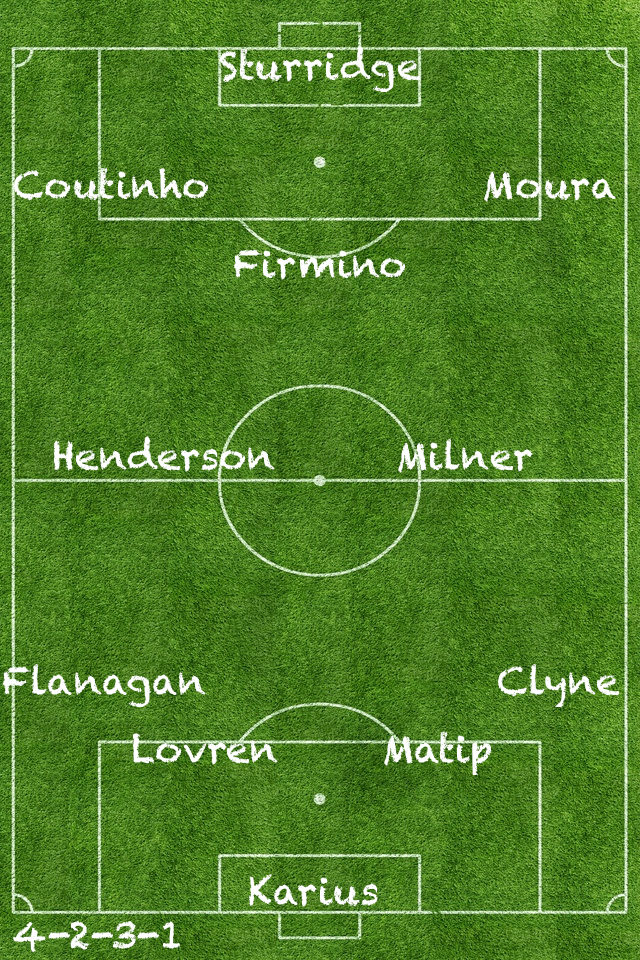