Latest reports in the British media will be music to the ears of Manchester United fans who want to see the club retain the very best of its young talent.

The Manchester Evening News, which tends to have its finger on the pulse of comings and goings reckons that the club wants to hold on to fan favourite Anthony Martial: 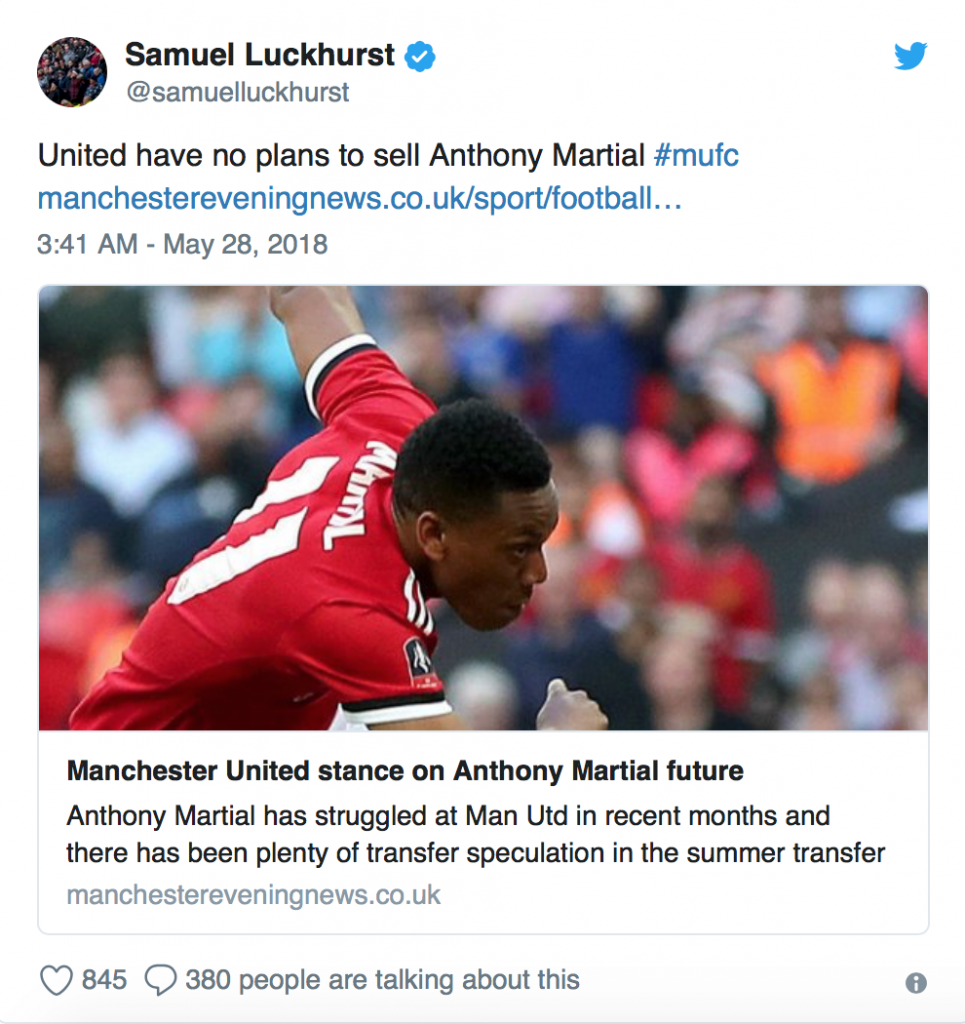 It would be a crying shame if the club were to let go of such a brilliant young star and this will at least provide some hope that he’ll be in the red shirt again next term.

And this comes on the back of news that Luke Shaw may also stay at the club.

It’s been a very turbulent time for Shaw since he joined from Southampton and the last season might have been the most frustrating of all for a player who has hardly seen any game time. But Manchester United fans view this guy as a big player for now and the future are frustrated that Jose Mourinho hasn’t given him more minutes this season. Looking around it’s hard to think of a player with better potential in that position and he’s exactly the sort of attacking and marauding full-back that Manchester United fans love and that the club had so much success with down the years.

The idea of spending 50m GBP on a seasoned left back doesn’t make sense when Manchester United already have a ready made successor to Ashley Young to go into the first team. Young has done a great job and could be an understudy for the next year or two but Luke Shaw’s time must surely come for Manchester United next season.