He posted pictures of himself on Instagram showing lovely ball control before swatting the ball with a scissor kick on Venice Beach with the caption ‘Making football look easy at Venice Beach #swedenvsfrance’. 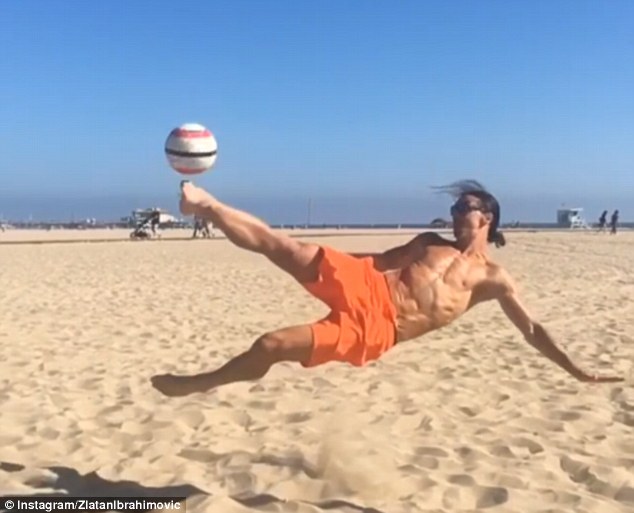 While many of Ibrahimovic’s new team mates have bette doff to China to take part in Manchester United’s pre-season tour of Asia, Zlatan is one of those who has been given extra time off due to his commitments at EURO 2016 with Sweden – the last games of his international career. 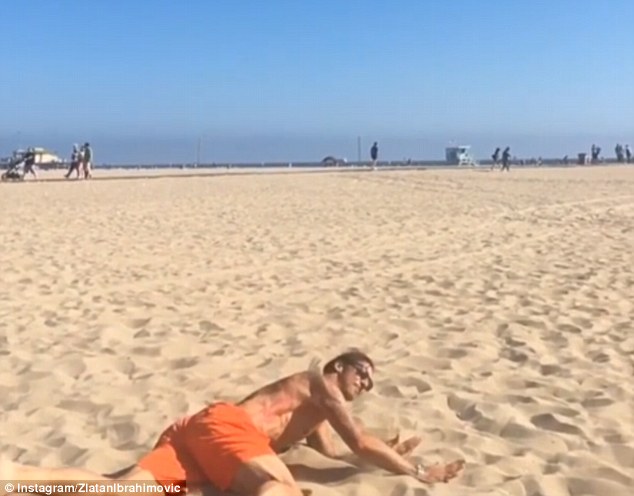 But he looks anything but fatigued as the 34-year-old shows the world that he is still as sharp as ever with the football.

TFF expects Zlatan to go straight into the Manchester United first team this season as the main number 9. He will of course be rested at times, as Marcus Ashford will come in.

But when it comes to the crunch, Jose Mourinho will expect to be able call on the Swede with Wayne Rooney likely to play behind him at number 10.

The 6ft 5in centre forward has scored a mind-numbing 392 goals in his club career and ended his international career with 62 strikes. He’s played for most of the top teams in Europe but his greatest challenge may lie ahead as he comes to terms with the pace and physicality of The Premier League.