It’s been another really poor season by Manchester United’s standards and an FA Cup trophy shouldn’t fully mask the deficiencies of Louis van Gaal as a coach.

Anyone with half a football brain will tell you that Jose Mourinho is tailor-made for the job and the fact that he is available should be all the incentive that the board needs to make him their new manager.

That they haven’t done it yet smacks of dubious and indecisive club management and any concerns that Jose’s personality is wrong for the club should be the least of United’s worries. Because with Jurgen Klopp performing football alchemy at Anfield and Pep coming to City, Manchester United are in danger of becoming a dot in the rear view mirror of the new English football landscape.

Typical TFF rant aside, we can simply hope that the semi-final against Everton doesn’t become yet another United slog with few chances and even fewer goals.

Both teams are far from their fluent best but Everton have serious injury concerns and that should give Manchester United a big advantage.

So what’s the best team?

Chris Smalling is a wonderful athlete who has had his best season at the club. But De Gea is in a different footballing class to the Englishman. Would surely be United’s player of the season if he hadn’t won it on the last two occasions.

We still don’t think United fans have seen the best of him. Rojo has pace, power and a sense of adventure.

Not without his flaws but offers the ball playing quality out of defence.

Can still resemble Bambi on ice with the ball at his feet but he’s just too quick and strong for most forwards.

Some would say that Darmian deserves another run out after his goal in midweek. But at 18, Fosu-Mensah is already a MONSTER! One of the finds of the season and he looks like the best sort of Manchester United player already. Will he become too influential for right back? Is he destined for the midfield? Wonderful player to watch.

Has sometimes looked a little short of the technique required to be a top United player but no one could question his workrate.

He’s in his mid-thirties but is there a better midfielder at the club? The most criminally overlooked England international since The Ginger Prince himself.

We just love him. Worth the entrance fee alone as he twists the blood of his fullbacks with the ball glued to his foot of choice.

Watching him ping the ball around majestically from deep over the last week you have to ask whether Roy Hodgson would be best served deploying Wazza in the midfield at EURO 2016 to keep the Kane/Alli axis intact.

A controversial choice for some but, while still erratic, this guy is in a different league to Jesse Lingard. Unlike the Englishman he can beat a man and whip in a great cross. LvG is mismanaging a great talent as he did with Angel di Maria. He just needs to be deployed on the right to keep his game simple.

He’s got that vital quality of pace. His positioning is excellent. He’s a ruthless finisher. He’s got a superb first touch. He works his socks off. So the season is certainly not without positives for United.

So what’s your preferred United XI? 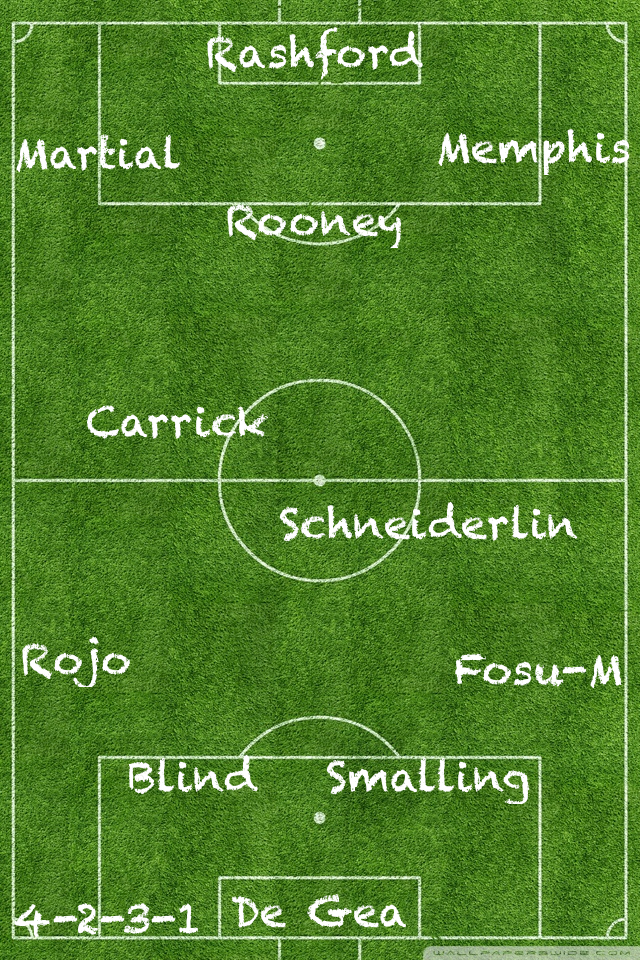