And, after the shock revelations of the weekend, we all know what that question is.

Some would be inclined to rest him anyway as Arsenal chase a seemingly lost cause in trying to turn around the battering that they received at the hands of Bayern Munich in the first leg.

But we have seen some rousing comebacks at the Emirates over the last few years and TFF would certainly be inclined to start the brilliant Chilean.

But we all know that Arsene Wenger can be an extremely stubborn man – perhaps it’s a requisite of being a top manager – and few would be surprised if Sanchez was benched again.

But the fascinating potential question is whether this is going to be a case of either Wenger or Sanchez leaving Arsenal at the end of the season. If it had to be one of them TFF believes that the majority of the Arsenal fans would hook the Frenchman. He’s been amazing for Arsenal but his time is patently up and he appears to be the only person who doesn’t agree.

In terms of Arsenal injuries, Santi Cazorla is out and Mesut Ozil has been ill – he’s touch and go for this one but Elneny could return.

And surely Arsenal may as well go all out attack in this one – at least give their fans a carnival of football whatever the result. 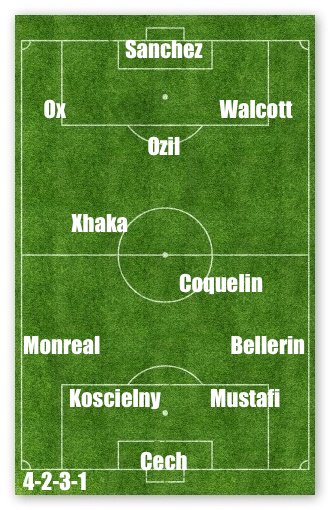