In a long and arduous season, big squads are par for the course these days and Arsenal have regularly been criticised for not having enough ammo on the bench in The Premier League era.

But Arsene Wenger would have a lovely selection headache should he sign Alexandre Lacazette and Riyad Mahrez this summer.

Both have been linked with moves to Arsenal this summer but both would be extremely difficult to prise from their respective clubs.

In response to the furious speculation about Lacazette to Arsenal, Lyon released a statement on Twitter earlier today which read:

The Olympique Lyonnais categorically denies receiving an offer of 48 million euros for Alexandre Lacazette’s transfer, as Le Progrès affirms in this morning’s edition.

Reality is that Arsenal’s club made an offer of 35 million euros, which the Olympique Lyonnais refused for one reason: the OL will keep Alexandre Lacazette who is irreplaceable and who is one of the principle leaders of Bruno Genesio’s group.

They seem adamant that they will hold on to the player. This may be a smokescreen to extract more money but time will tell and the player won’t come cheap.

As for Mahrez, he’s been periodically linked to Arsenal but Leicester don’t want to sell either.

Let’s imagine for a moment that Arsene Wenger gets unusually pushy and makes the deals happen. Now would Arsenal line up?

The Gunners already have a fine attacking unit but Lacazette would definitely get into our XI ahead of Olivier Giroud due to his superior pace, dynamism and explosiveness.

But the case of Mahrez is more difficult. Alexis Sanchez is a nailed-on starter for Arsenal in their preferred 4-2-3-1 formation, as is Mesut Ozil. So the Algerian would be fighting it out with the likes of Theo Walcott, Aaron Ramsey and Alex Oxlade-Chamberlain for that final berth in the attack.

But it’s a battle that he would expect to win – initially at least.

And what a line up. How about this starting XI Arsenal fans? 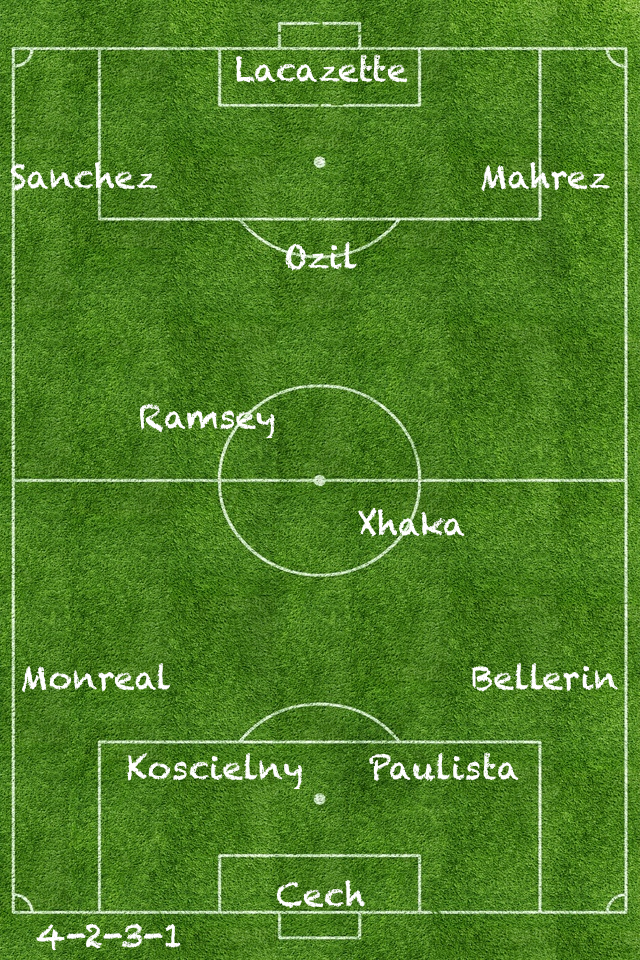