Another day and another wave of speculation about the potential Manchester United signings of the summer.

The big stories of the day centre on two creative wizards who Manchester United are supposedly interested in.

The Daily Express had this story on the back page, which suggested that Manchester United and Liverpool will battle it out for the services of Spain international Cesc Fabregas. 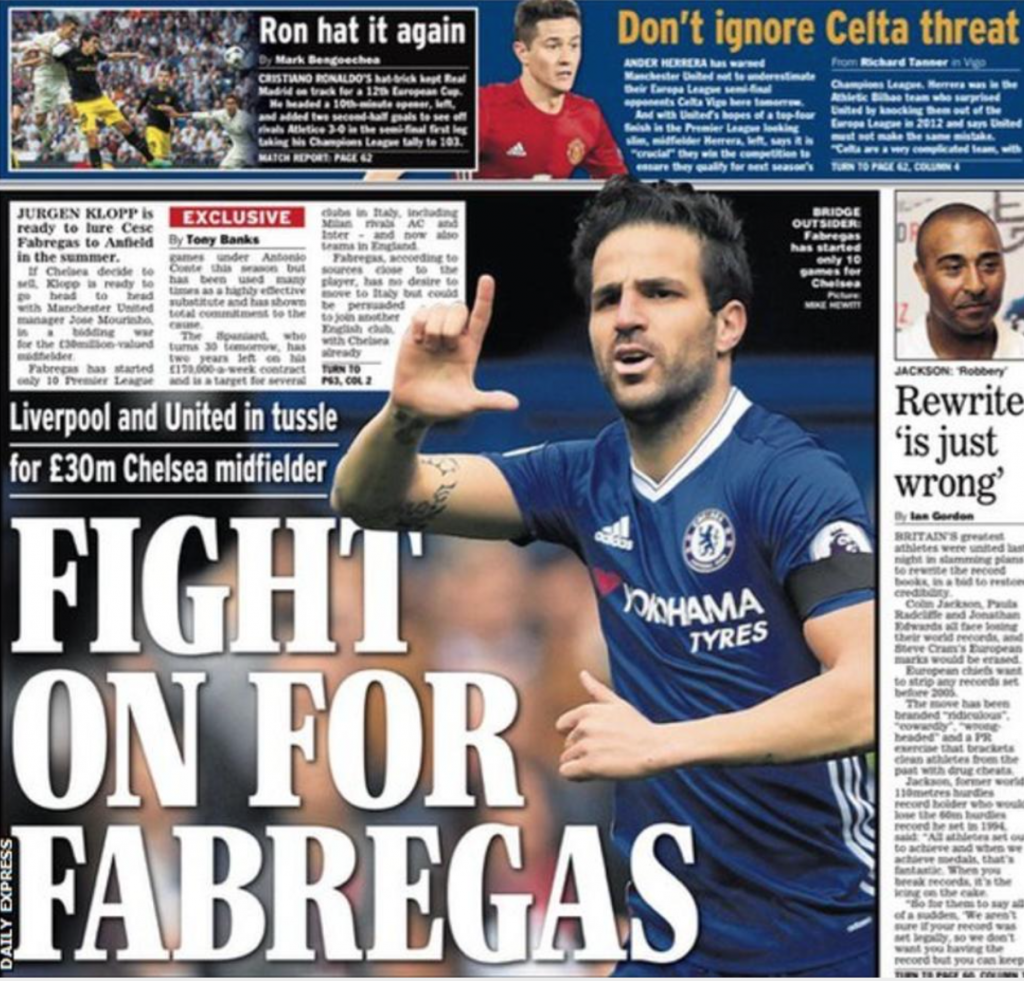 Still only 29 the Spaniard seems to have been around since time immemorial since he took his bow as a brilliant 16-year-old for Arsenal.

Although he was one of the best players in the league as Chelsea won the title in 2015, Cesc hasn’t seemed so suited to Antonio Conte’s Chelsea and few would be surprised if he moved on this summer.

He could offer creativity and a few goals to the Manchester United line up.

TFF thinks that Manchester United are nailed on to sign a top forward this summer and that it is likely to be one of Kylian Mbappe, Antoine Griezmann and Belotti.

The Italian international already looks like the finished article at the tender age of 23 and has so much attacking threat. He loves to run at defences, he’s quick and has a great football brain. And he has become a prolific goalscorer with 27 in 32 for Torino this term.

With Fabregas’ ability to unlock even the tightest of defences and Belotti so mobile and adept at putting the ball away, you have to imagine that Manchester United would find goals far easier to come by next season.

So here is how Manchester United could line up with these two top stars. 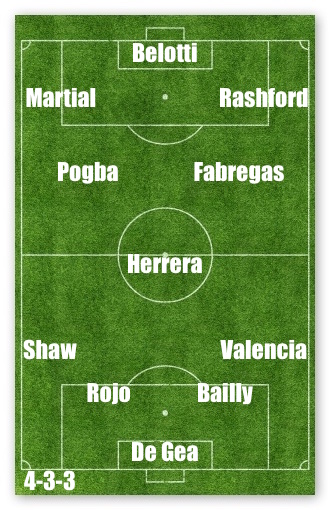