After another boring international break Manchester United fans will be desperate to see whether their team can continue to demonstrate the positive signs that were abundant in the last game against Burnley.

Manchester United had 21 shots during the game and flooded the opposition penalty area with bodies in a manner that we haven’t seen at United for the last five years.

And even after Marcus Rashford was sent off for his silly petulance Manchester United looked the team more likely to score another goal with Pogba and Lukaku linking brilliantly together up top. Jose Mourinho must make a note of the such positives and use them to his advantage moving forward.

TFF has been one of the Manchester United naysayers over the last couple of years, fearing that another managerial change would be required for the club to turn the corner.

But, even if its not as pretty as the football fo the other clubs, we now feel that Manchester United are about to go on a solid run of winning football games.

And why shouldn’t they with the world class squad that they have in place? Fears over the defence are wildly exaggerated and between Rojo, Jones, Smalling, Bailly and Lindelof United should have more than enough to cope with most opponents.

Further forward there are so many options. Fred needs to prove himself but Marouane Fellaini was excellent in his stead at Burnley. We’d like to see the Brazilian at Watford but sense that Jose might stick with the big Belgian.

And players such as Martial and Mata haven’t even had a sniff this term.

So here is our XI to take the points at high-flying Watford. The big doubt is whether Luke Shaw recovers in time to continue his excellent start to the season. His seven day mandatory rest after a concussion may, sadly, keep him out. 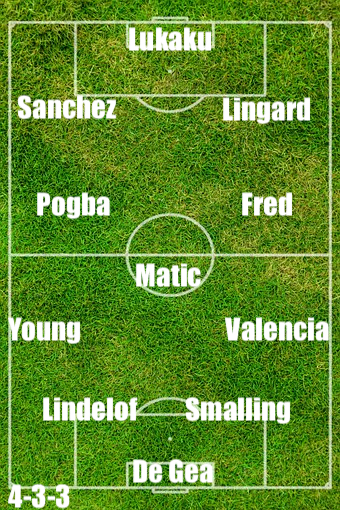