Liverpool had a tough run of games in the past two weeks and they will look to get back to winning ways when the Premier League returns this weekend.

As far as Klopp’s team news is concerned, more than a few first team players have injury concerns and might not feature on Saturday.

Yesterday, Liverpool Echo reported that the likes of Salah and Van Dijk suffered injuries on international duty with Egypt and Netherlands respectively and the duo could miss the game against Huddersfield. Milner was also considered a doubt but more recently, Mirror Sport have claimed that the former Man City star has recovered quickly and is fit to play.

Most recently, star playmaker Sadio Mane has suffered a hand injury as reported by The Mail and Klopp should have a selection headache.

In the case Mane, Salah and Van Dijk are absent, we expect the German boss to make adequate replacements at the weekend. Summer signing Shaqiri could return to start on the right wing. Firmino might move to the left wing to make way for Sturridge to start in the center forward position.

As far as the back line is concerned, Dejan Lovren could return to partner Joe Gomez in the central defense. Here is how Liverpool could line up without Mane, Salah and Van Dijk. 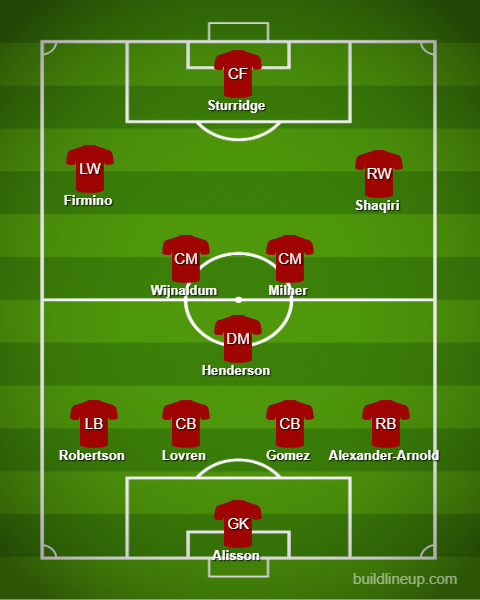