Chelsea and Manchester United could be seen as the biggest victims of the craziest season in Premier League history.

While The Blues are still in the Cup and The Champions League, they are miles off the pace in the league after a dramatic turn of events early this season.

Consequently, Chelsea could have a big summer in the transfer market but one player looks keen to stay at the club despite an offer from China. Oscar is quoted as saying in The Independent:

“There was interest in me but I’ve no desire to leave Europe. The idea of moving to China would be such a huge change for me and would go against everything I’ve achieved so far.

“Chelsea are a fantastic, very big club and I’m still young. I’m only 24 so I’ve got a lot of football ahead of me.”

The Brazilian has failed to live up to expectations and hasn’t always started this term.

As for Manchester United, we have once again been pummelled with transfer speculation today.

Firstly Arturo Vidal has intimated that he chose The Bundesliga over The Premier League last summer with The Independent stating: 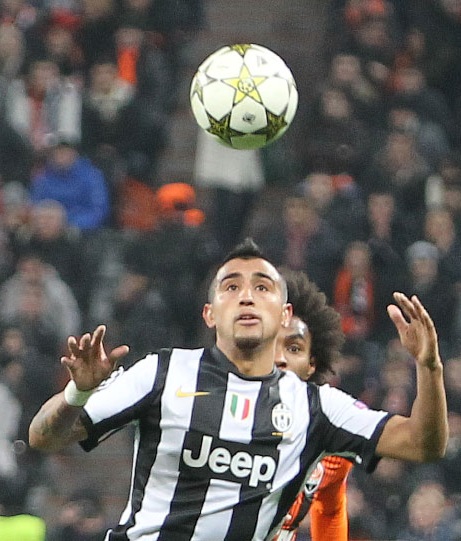 Meanwhile rumours have abounded today that Felipe Anderson to Manchester United is a done deal. Sky Sports conveyed this piece of speculation on their site this afternoon:

Lazio president Claudio Lotito has reportedly said they have agreed a deal to sell Felipe Anderson to Manchester United.

“I’ve signed Felipe Anderson for €8m and I’ve sold him for €60m,” Lotito is quoted as telling colleagues by La citta’ di Salerno. “Next season he will go to Man Utd.”

The Lazio midfielder has been strongly linked with Manchester United for the last six months but nothing has materialised and his form has dropped off alarmingly over that period. But his club responded to the allegations by stating that:

“In reference to statements attributed to president Claudio Lotito regarding the alleged sale of Felipe Anderson, Lazio can confirm they are devoid of any foundation.”

Another A-lister who has been linked today is Pierre Emerick-Aubameyang, with The Independent reporting:

Whoever Manchester United sign this summer one would imagine that the most important bit of surgery would be to dispose of the manager who seems to be plumbing new depths at a club which has become utterly expectant of silverware on a yearly basis.

Jose Mourinho is the perfect man for the job so let’s enjoy some of his more entertaining outbursts.