Manchester United are gathering momentum. They may not ever be as beautiful to watch as Manchester City or Liverpool while Jose is in charge. But they are developing their own identity right now and are looking increasingly solid.

Not only are Manchester United ever more difficult to beat. But they look more like creating chances at will.

They still need more consistency and zero shots on target in the second half against Watford last weekend tells its own story.

But, dare we say it, this team of individuals looks like it is finally about to click.

Paul Pogba and Romelu Lukaku have impressed in the last two games. Their link up play is improving. Meanwhile Alexis Sanchez may still be flying under the radar but looks sharper this season. There is real intent in his game and TFF thinks that he is about to explode again. He needs to be scoring lots of goals for Manchester United to justify the huge salary.

But we think it’s only a matter of time. Sanchez is 30 in December but he’s still in his pomp.

The Premier League will be fiercely contested between some of the best teams in Europe right now in Manchester City and Liverpool. United will want to be in the race come spring but perhaps the Champions League represents their best chance of serious silverware this season.

And, with a tough group stage draw, Manchester United will be desperate to get three points in Switzerland. And, even though the stakes are high, we can see a shock start for new boy Diogo Dalot.

The Portuguese has put in two really impressive reserve team performances for Manchester United and he certainly seems to have maturity beyond his years.

Antonio Valencia is a solid player for United but Dalot will eventually be much more of an attacking threat. He has more finesse than Valencia and perhaps this season we will see Dalot and Shaw succeed the two veterans as first choice full backs.

Here’s our Manchester United XI for the Champions League opener and we fully expect them to take three points in another tight encounter. 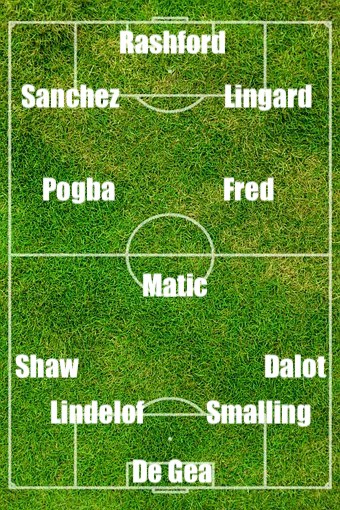