Liverpool won their opening group fixture in the Champions League at Anfield against French champions PSG. Now, they will collide against Italian giants Napoli away from home. Who will come out on top?

The Reds earned a point at the Bridge vs Chelsea in their last league outing. On the other hand, Napoli lost to rivals Juventus in the Serie A at the weekend. The Italians were only able to get a single point in their opening CL game vs Red Star Belgrade and therefore, they must step up against the high flying Liverpool side.

Jurgen Klopp may make several changes in the team that started vs the Blues on Saturday evening.

Guinean international Naby Keita should return to the starting XI in place of captain Jordan Henderson. The former Leipzig star should partner James Milner and Wijnaldum in the center of the park.

In the back line, Lovren might return and replace Gomez to partner Van Dijk in the central defense.

As far as the attack is concerned, Salah has been out of form lately and on the other hand, Sturridge has been top class. Salah should be rested for the top of the table contest versus Man City next Sunday. Hence, Sturridge should get the nod to start ahead of the Egyptian in the CL with Firmino and Mane. 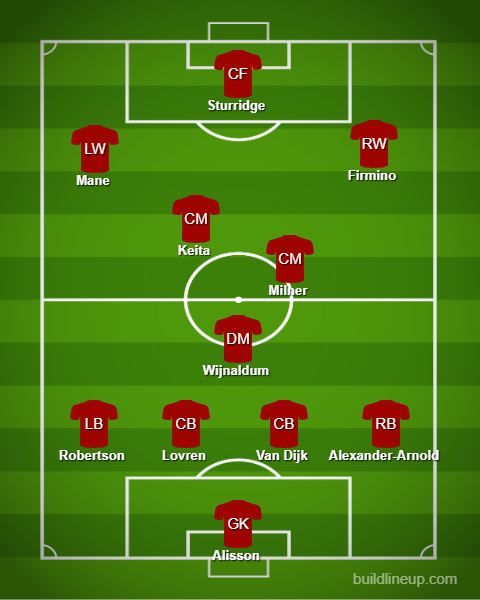